They let me out early from the negotiations today. So as an additional piece, and reflecting back to some of my work on HDWLIA back in the day, I have reprinted 20 of my memories from my visit to Australia back in 2002.

It doesn’t seem a big deal now, but it really did then. No member of my family, close or otherwise, that I knew of had been to Australia. It just wasn’t the done thing, not in my family. But I was always the odd one out, and I had two influences pulling my way – my good mate Peter, Sir Peter as he sometimes appears on here; and a colleague at work called Sue, who had lived out in Australia for a year, came back, and never stopped singing its praises. I had a bit of spare cash, I was mad about cricket so I went for it. 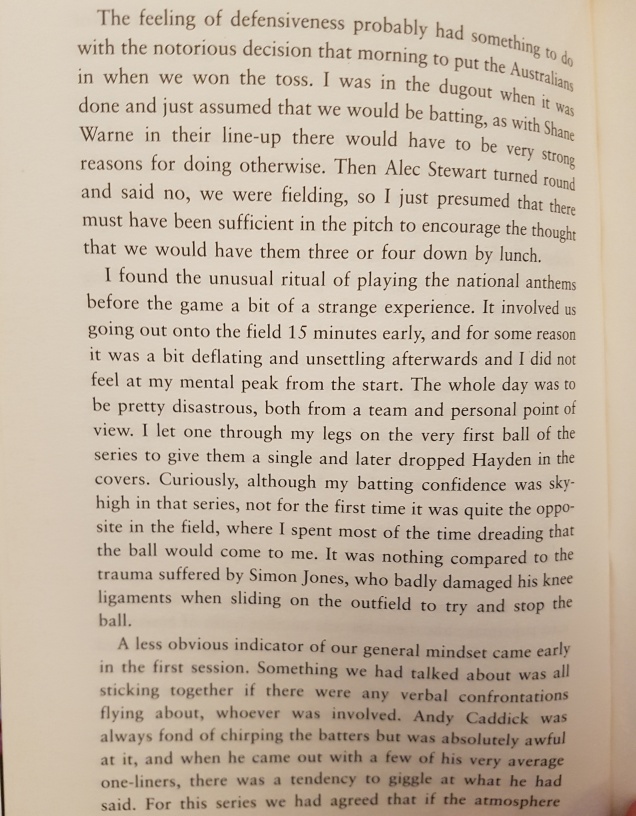 On the opening day of that series, I was in awe. I cannot possibly do adequate justice to my excitement at me, little old me, walking down Vulture Street to go to the Gabba. Now I’d just harrumph at it. The world, even then, wasn’t as small now. We only just started conversing over e-mail in those days, and the ability to send my excitement back to my friends was probably totally annoying, but in other ways, really quite mad. I remember waking up, going down to the cafe to have some breakfast and read the papers, then packing my things and walking from our apartment to the Gabba. That feeling of doing something quite brilliant, yet knowing you were about to see your team marmalised.

I wrote the below in 2010. It takes me back to a more innocent time, a more exciting time, and yet it still seems relatively fresh. I’ve not edited it, and so it is there, warts and all. 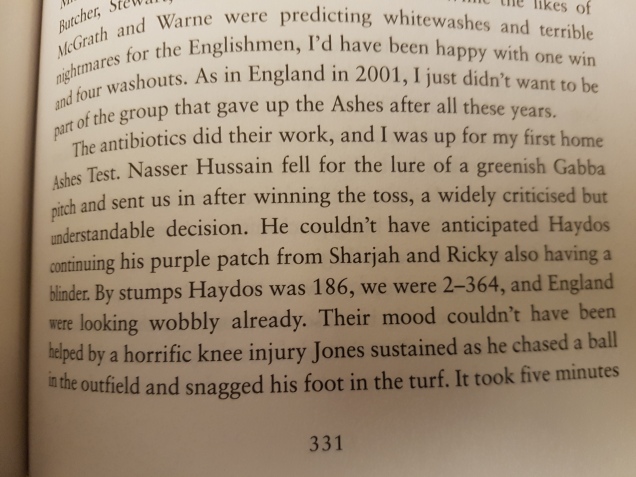 I hope you enjoyed my tales of the unrequited. I’m sure Sir Peter has some of his own.

Brisbane 2002 was an assault on the senses, and gave me a good feeling for what watching England cricket down under was like. I ended up going to four test matches in Australia over two tours, and we lost the lot. But there’s nothing like your first overseas test.

I know this is blatant filler but I think cricketing memories such as these are always worth sharing. Any Ashes (or other tourists) memories, or recollections of this test, welcome. Also, name the 7 authors of the pieces above for a laugh. They are all pretty easy, I think.