I do believe later on this weekend that we’ll be having a piece from The Leg Glance, but in the interim I thought I’d stick up a few more pictures from yesterday. 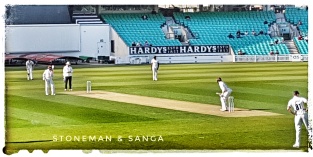 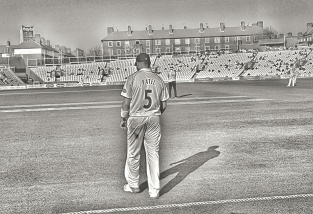 Weather permitting, and enthusiasm in place, I hope to get to one day of the Easter weekend match at The Oval against Lancashire.

Matthew Engel has penned a piece for The Guardian. While I don’t agree with all of it, Engel remains a clever voice on the sport and it is worth a read.

But cricket gave two great things to civilisation: the idea that the umpire’s decision is final, which has now officially been abolished by the review system; and the delicate interplay of individual and team success that really exists only in cricket and baseball. Neither of these exists in the ECB’s big-city game. Nor will there be any vestige of the sense of tradition and loyalty that has sustained this game through centuries of optimistic spring days like this one.

Engel does get it. The county game is in trouble but…

But it also created internal expectations. The players’ pay exploded; the ECB turned into a vast, impenetrable bureaucracy. Hence the constant revolution: the game cannot maunder on pleasantly; it must keep coming up with ever more eye-catching gimmicks.

The players aren’t being rewarded for achievements etc, they are making the supporters pay more to keep them in clover.

I took the opportunity to join quite a few people at the Kia Oval for the opening day of the County Championship as I caught the evening session of the day’s play against Warwickshire. Ian Bell had elected to put Surrey into bat, and the result was the hosts finishing on 327 for 3 in 96 overs. Given the presence of a number of the media’s finest, including Charles Colvile, George Dobell, John Etheridge and Dean Wilson (the last three came very close to me as I left the ground this evening) you won’t need a match report. The bare bones are that Mark Stoneman made a debut to remember with 165 runs before tiredness did for him:

Sangakkara played very sedately. He announced himself to the post-tea crowd with a magnificent drive, but then played an anchor role, never looking particularly ill at ease, and stayed to the close on 47 not out.

I took a load of pictures, as always, and after using my favourite photo software, here are some of the results. Hope you enjoy them (Click on each for the full size version). 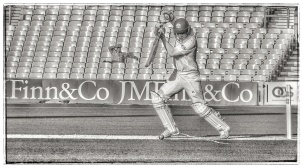 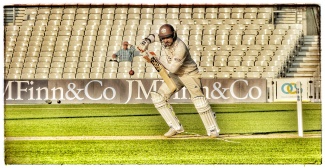 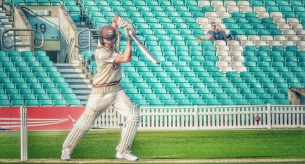 Hope the people going tomorrow enjoy themselves. They could be in for a very good day.

Another set of pictures for your enjoyment / amusement / couldn’t give a stuff about… All using various Snapseed effects.

Some of you will probably have noticed the new header photos, put up from various Oval and Lord’s tests in the last 10 or so years, and a little county cricket. So while we wait for TLG’s post summing up the Tests, which we should have tomorrow, I thought I’d hold the line today. These are the full versions of the cropped headers.

Click More to see some of the new pics.

END_OF_DOCUMENT_TOKEN_TO_BE_REPLACED

Some of you may have noticed that there’s been a little change up above.

I’ve been messing about with some of my old pictures and put them in the Header after using some photo imaging stuff. There’s now about 50 or so different pics, so you might see some you like. There’s Jos, Jacques, Hashim, KP, Alviro, Rob, Chris and many, many more….

They are all cropped. I thought I’d put a few in full on here…. 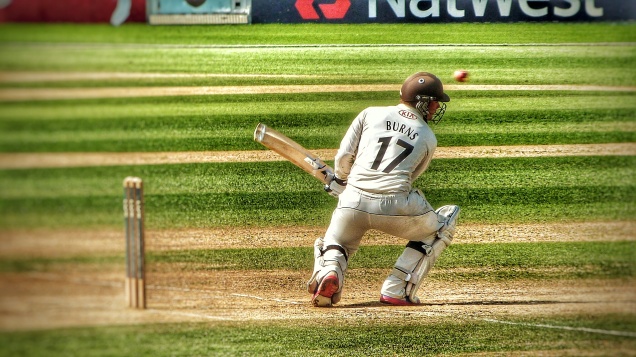 I love taking pictures of the games I go to, and I don’t use too many on here (and The Extra Bits never really took off). Hope you like them.