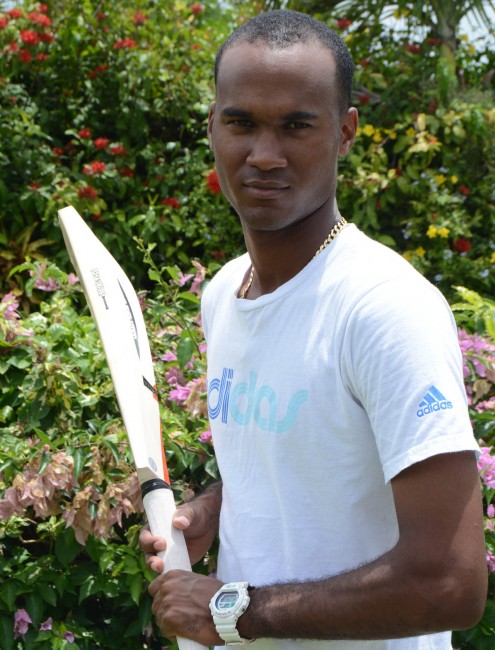 The fifth test hundred at the St. George’s ground, the third by a West Indian, and the first by a Barbados man (the two others were by Jamaicans) was a triumph of application and temperament over doomsaying and dismissal. I’ve rarely been more appalled by a commentariat so ignorant and so dimissive of a ton, excused as it was because it was made on a road that was killing test cricket. Rant over. I like this man, and hope he has a top future.

For those who commentate and ignore anything outside the England bubble, this would not have come as a surprise. It was Brathwaite’s 4th test hundred in 19 tests (Samuels has 7 in three times as many games) and his second highest. His best was against Bangladesh, when he made a double (212) and one of his other four was made against South Africa in Port Elizabeth (another “dead” track). I don’t expect miracles from a youngster, but he’s doing well. Did you know he’s hit just the one six in test cricket?

This was the third highest score made at St. George’s, below Root and Gayle. It was his third century in the Caribbean (the others were made at Kingstown (St Vincent) and Port of Spain).

This was the 67th score of 116 in test cricket. As is usual, I’ll look back at some of the older scorers of this amount for any statistical frippery. Archie MacLaren made the first 116 in tests, back in 1901. This was in the first test of the 1901/02 Ashes and England won by an innings and a few against the hosts at the SCG. That was as good as it got for England, as we lost the next four. No doubt the Selvey and Newman’s of the age would have been hootering and a hollering about the SCG and telling us all to pipe down and nothing was wrong!

The last 116 was scored by Mushfiqur Rahim of Bangladesh against the West Indies in Kingstown (when Brathwaite got his double). I’ve seen a test 116, and it was by everyone’s favourite Bedford schoolboy, when he hit a doughty and defiant innings of that score at the WACA in 2006.

Mark Butcher and Chris Broad (as well as Cook) are Englishmen with two scores of 116 to their name. For the West Indies, they have just five scores of 116 out of those 67 – Clyde Walcott, Ramnaresh Sarwan, Kraigg Brathwaite and two for Shiv Chanderpaul.