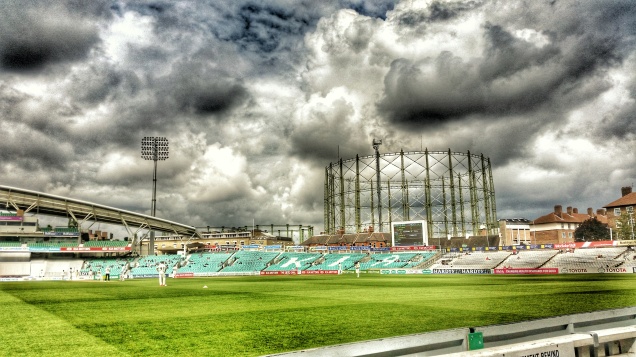 I’m writing this before the end of the Australia v New Zealand fixture, so you’ll have to forgive me for a lack of match report. The New Zealanders got off to a good start, but have started to encounter turbulence as the innings draws to a close. I’ll update the post at the end when I get to upload it onto the blog itself.

So the news thus far is that England’s comfortable win over Bangladesh has come with a casualty. The thought of Chris Woakes being bemoaned as a huge loss two years ago would be greeted with almost deafening laughter (as long as you were out of George Dobell’s earshot), but now the end of his ICC Trophy has been greeted with due solemnity and deference. I doubt we could have got more downbeat if we were a Barca fan and found out Lionel Messi was out for the year. In a stunning, and I genuinely mean stunning, piece of media groupthink, there are calls for the recall of Stuart Broad from the press-pack and the assorted hangers-on. I’ve seen ships that have sailed out of port, but this one has got half way around the globe! Think of Stuart Broad’s memorable white ball cricket moments. The first one that comes to mind was the shite he served up in the opening game of the 2009 World T20 against the might and fury of the Netherlands. Sure, don’t judge a book by one page, however memorable, but that you would almost unanimously come to the Stuart Broad conclusion smacks of collusion. How about Chris Jordan? Toby Roland-Jones? ODIs are a younger man’s game, and Stuart Broad needs to be kept back for tests. Don’t be silly. What next? A batting injury and call for Kevin Pietersen? (tee hee).

I Owe You Nothing

The other hot button topic is BBC’s decision to show the highlights at 11:20pm. I am a bit of a BBC loyalist, I’m afraid, because the options, have been shown to be far, far worse, and certainly for a sports fan like me. The BBC were dumped in 1999 because Channel 4 outbid them and threw a few more quid at the production values. The decision to dump the BBC was greeted with outrage by the stuffed shirts then. There was even a flirtation with TalkSport taking the radio coverage away from TMS, as they certainly did when they were free to bid for the overseas rights. The BBC cricket coverage, and sports team in general, must have been pretty cheesed off over the years as their coverage, in an analogue era, is compared to the digital coverage of this era, and cheap shots at local news interruptions, children’s programmes, and horse racing. The Beeb did cover highlights from the 2006-7 Ashes and the 2007 World Cup, but then haven’t been really on the radar since. ITV had the 2010-11 Ashes highlights package. I can’t actually remember if anyone had them for the 2013-14 series, but then I want to forget that clusterflick as much as possible.

That the BBC are giving any cricket free-to-air coverage, whatever that means in this day and age, is a bonus. At short notice they are not going to cast aside firm programming on the peak-viewing side of the news shows on BBC1 and BBC 2, so it is inevitable they will be on late at night. As many have pointed out, the conditions for covering this competition mean the programme can’t start before the end of the first highlight show on Sky anyway. What do cricket fans expect? As for BBC 4, its remit is as follows:

BBC Four’s primary role is to reflect a range of UK and international arts, music and culture. It should provide an ambitious range of innovative, high quality programming that is intellectually and culturally enriching, taking an expert and in-depth approach to a wide range of subjects.

Sport is noticeable by its absence. Yes, it has been used for extended Olympics coverage, or Euro/World Cup football overspill, but those events are planned years in advance. Here the BBC had a week. The BBC can’t just do what it wants. If it gets support or popular, as BBC 3 did, then it is threatened with closure. It is playing in a hostile market, and yet still people act like it owes the cricket public something. Basically, if I’d been told to eff off, had my coverage ridiculed, been totally ignored, failed with other highlight packages, had an extremely limited budget, and so on, I’d not be helping out a sport that had not stood by me. Watching various media numpties jump on their bandwagon has been as predictable as it has been sad. As they have presided over a sport disappearing from the public eye, they then do everything to disparage an FTA provider when they actually decide to show games because it “isn’t good enough”. Who the hell decided to hide the sport away in the first place?

Also. Can’t we record programmes any more and watch them when we want? When Selvey keeps telling us that we have a different digital viewing experience these days, why are you so worried about 11:20 highlights? Also, might have noticed there’s an election on? Newsnight on BBC2 isn’t going to cut short its programme at this time for an obscure, second rate, international competition.

I think Sean and I might disagree on this, but I’m just about fed up with the cricket press expecting the BBC to come to the rescue for its ailing, diminishing, hidden away sport, when the Beeb has been treated with nothing but contempt, the government has closed down avenues to put it on a more prominent footing if it wanted to (to appease the Pay TV masters) and the former head of the governing body, often through his own Sean Selfey Spicer, makes it clear what he thinks of the need to go back. Which commercial entity would clear any of its decks for a 50 over game between Sri Lanka and South Africa? Get real.

Nicholas’s comments below the previous post are well worth a read too!

The publication of the ECB’s latest financial statements appeared to have passed our fun loving press chappies (and chapesses) by. Which I found strange given the headline pre-tax loss of £37m. That’s quite an eye-opening figure which is explained away, as always, by the prevailing Chairman as part and parcel of the four year cycle of cricket life. In many cases there are points to be made that a loss that makes up north of 25% of your annual turnover isn’t “that bad”. £24 million of that appears to have been the “encouragement money” to County Chairman to give in on the T20 competition. Take that out, and a £13m loss looks more palatable when you consider the revenue-weak nature of our opponents last year. The funny thing is, though, that the Ashes really aren’t that much of a money-spinner. Without 2014 and the visit of India, that infamous reserve pot (which has been halved this year) would be in serious, serious strife. There certainly wouldn’t have been any  money to counties. Once again, our dependence on India is stark. It’s one of the key three strategic risks mentioned in the opening remarks (not explicitly, but under the guise of breakdown in relations with overseas cricket governing bodies – I’m pretty sure they aren’t referring with difficulties with Peter Chingoka or David Cameron there).

Other things of note is that one Director is being paid £600k for his work at the ECB. It appears to be a substantial increase on the previous year. Those of you thinking that Tom Harrison deserves it, form an orderly queue. No pushing in.

There’s the always interesting, and I’ve not quite figured out what it is, implied conflict of interest over Graves and a guarantee of a loan from / to Yorkshire. It expires in 2019. Nothing to see here.

There’s been a considerable increase in the number of development staff on the books. In itself that’s nothing to worry about, but in a year when you’ve spunked half your reserves up the wall you might think of waiting until you actually have your pot of gold before spending it.

These are the highlights, and they show how desperate the ECB is for a successful T20 tournament. Forget all the twaddle about growing the game, the success would diminish the importance on relying upon Indian summer visits to keep our game afloat. Let us not pretend that we would somehow survive an Indian administration apocalypse, because we are very dependent on them to play us. Very dependent. I await our fearless scribes and their take on these figures. You can also see my Tweets on the subject.

ECB – How the reserves stack up…. pic.twitter.com/2BpexQazDw

One way of putting it, I suppose…. pic.twitter.com/BHizOiHrLU

ECB – Revenue down (due to less glamorous oppenents), but admin well up… pic.twitter.com/FiSJJw9Fl9

ECB – This little gem has a couple of years to run. pic.twitter.com/tYmxMzqROX

If i read this correctly, ECB paid double for international match hosting than the year before – an Ashes year? pic.twitter.com/avnH050gw7

Finally, in case you were wondering, or care, the wage bill and how it is made up. Note increase in developmental staff. pic.twitter.com/l3uzMg4VjZ

So to tomorrow’s game – at last. The South Africans must start favourites, as Sri Lanka appear to lack star power. I know Sean is going to the game, so hopefully he can provide some pearls of wisdom during and after the action. If you have any comments on the match, or on the above, fire away below, and if you get the chance, enjoy the game on the TV. Who you got for the Derby?

Plus, Kane Williamson scored a ton, the Aussies could have been in strife, and thus far I’ve not seen a ball bowled on Sky or BBC and not been able to tune into TalkSport. And no, not even Guerilla Cricket.

Enjoy your weekend, all.