I won’t go into great depth for the 30th November “On This Day”. I’ve put together part of my epic plan for another piece, previewing tomorrow, as an On This Day special, and so energy is a bit scarce. But the 30th November is a very important date in the cricket calendar because it marked the debut of a very special player. 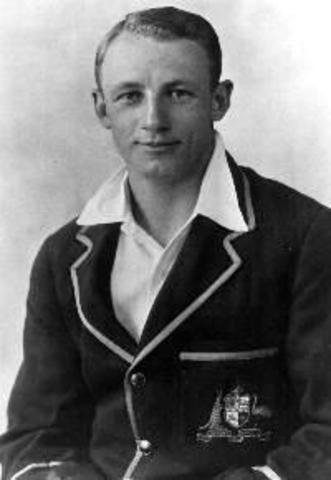 He didn’t get to bat until the 3rd December, as England batted most of the first two days and the third was a rest day. He made 18 in the 1st innings, dismissed by Maurice Tate, and 1 in the second, by Jack White. England ended up winning a close, hard fought contest by 675 runs!

UPDATE – I forgot it was also Bert Ironmonger’s debut. Cricinfo suggests he was 45 years old when he made his debut. But if his birthday was in April 1882, and the match was played in November 1928, that makes 46, doesn’t it?

One thought on “On This Day – 30th November”