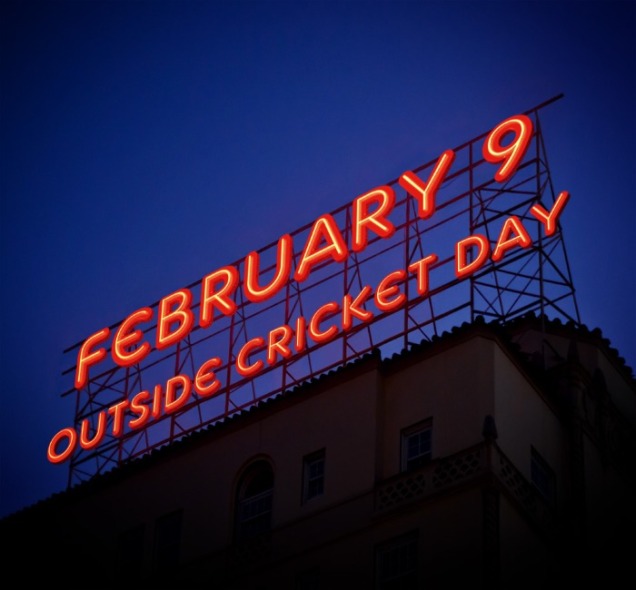 Since my blogging got more attention than the one man and his dog prior to the KP announcement, it’s been a question nagging me more and more. “What’s the point? Have I lost the point? Is the point different?”

A warning up front here. This is a long and quite self-indulgent piece, but blogging is self-indulgent. I had a lot of doubts about publishing it, but so what. Let’s go for it. That’s what blogging is about. But what is the point of doing it?

It is actually quite an easy one to answer, but I tend to over-complicate it. For large parts of the time, the point is…. I enjoy it. I love writing about the sport that I played as a bumbling amateur for years. I love the sport that brought me the closest of friends. I love the sport that energised the spark in me to travel. It was the sport I loved to take pictures of. It had a camaraderie of its own. I followed a football team home and away for 15 or so years, and never really got that. But cricket did, and it did bring a joy in me to write about it. Even in times of complete anger, it was good to get it off my chest.

And yet often there’s a feeling of some emptiness in doing this. A huge frustration that the point will always be lost. The point that it resonates, if at all, infrequently. This isn’t some cry for influence, some desperate attempt to be relevant at some thing or other. It’s about putting out my voice and seeing what resonates and what doesn’t, which I did for years without a hit, but wrote some of my best stuff.

This isn’t about the dropping and exile of one player, which has been a catalyst, but never the main point. It isn’t even about berating the ECB for their latest nonsense. It’s about what sport has become. A business. A product. Something to monetise. Personified by the suits that run the game. A budding management consultant as our Director, waffling on about trust. A former TV sports rights negotiator now in charge of the ECB’s operations. A bloody supermarket owner, who the ECB owe(d) money to, as the Chairman. And Giles Clarke – laughed off by the Guardian as a pet store owner. These are the insiders. The main men.

Who am I? What was I? I was a crap club cricketer, and an even worse schoolboy one. I was an opening batsman for much of my playing days. I bowled only if the game was dead, or on a skipper’s hunch. I wasn’t very good, but I wasn’t very bad. Being an opener requires something else, I think. I’m by no means a driven individual, but you need to have some sort of bloody-mindedness to stay up the top of the order. A great friend of mine had a completely different approach to opening than I did. His view was that it gave him the maximum time to score his runs. He always was a team player, but he had his own personal goals. My approach was “please don’t get out for 0”. Then, please get to 10. Then 20, and then I’d lose count many times, and my objective was to not be too slow. I never made a hundred, and I think my playing life is enriched by not reaching my goal. A true metaphor for life.

The other thing with being an opener, and a non-bowler (and someone who hated fielding) is that my day could be effectively over one minute into the match. But I also knew that if I made it through the opening spell, I’d made my runs against the best bowlers. I never really looked forward to playing, yet I loved playing. I was always scared of failure, but I loved some successes. I never wanted to be someone put out in front, but in my one full season as captain, we lost just one game all year and enjoyed it. I think those characteristics are the same as in blogging. You do it because you enjoy it, but the process is tiresome, there is a fear of failure, and when you hit the spot, it’ll count for sod all if you mess up next week.

The thing with being a very ordinary club cricketer is that when you watch those so gifted players at the top level, you just shake your head. I will take an example where we faced a bowler measured in the low 80 mph. I never bloody saw it for four balls. I’m jealous at their ability to be able to do what I could not possibly hope to master. But I also saw it as a gift, to watch those top players, and to see their skills. What I could not abide, even at club level, was petty politics, and people caring only about getting a game for their tenner. I also hated cliques, favouritism and stupidity (some of which I was guilty of). I think you see some of that driving me on here.

The responsibility isn’t to cover up your own tracks, but to be open and honest. Your responsibility isn’t to rake in the cash, but to protect the sport and those two things are most definitely not the same. Secrecy begets suspicion begets mistrust and for people like me, it makes me want to know what is going on. Money doesn’t kill sport, but the attitude to it does. It divides. The excellent back and forth between David Oram and Amit on “The Phantom Menace” is an example. Money and power, sport and politics (my thanks to both, by the way).

So for me blogging like this sort of comes down to being an opening batsman. I’m not the most talented, or the most outrageous. I’m not the most confident, or the most agile. I’m not going to win you many games, but I can bloody well assist those who can. I’m also not going to back down easily. I might lick my wounds and want to move down the order for a while, but there’s nothing like that rock hard ball on my bat. In blogging terms, getting a post that hits the spot is the same as that pull shot off the opening bowler. Getting something wrong is like running out your premier batsman in a tight run chase.

When I did play, I found like I was thinking too much. Dreaming of shots I couldn’t play. When an opposition sledged, and in one case, really pretty appallingly, it made me concentrate. It made me focus much harder and fight harder. Again there are a number of parallels with the blogging world – the useless taunts and crappy barbs of those who, for whatever reason, despise my right to say what I think – but it’s not that simple. On the field you are never looking to win those opponents over, but you don’t feel that much anger towards them 99% of the time. But I do want to win the battle of minds over these views and this does lead to anger.

There is a point to this, so please stick with it! The thing with writing something like this blog is everyone is looking for “my angle”. What’s “your agenda”? We’ve had this discussion already. There’s no agenda, just a reaction to action, which have consequences and effect. The consequences of the actions have meant I don’t watch England cricket matches now with an all consuming desire that we win that game. Do not confuse this with me wanting us to lose, which is what the brainless think. They prefer to sit on their prejudices and believe it is all about the KP issue, which is easy, because it causes them not to think. Simple messages. Black and white.

Those that engage with me on here, and I don’t bite unless you pull my tail, find I’m not the person they thought I would be. I have my doubts. I’ve had a pretty famous cricket writer, for instance, tell me “why do you waste your time on journalists, when you are a far better writer than they are, and no-one gives a shit what they think”. My reaction to that was to say the individual was wrong, and it isn’t false modesty. But my best writing is when I’m most angry, and for a while, it was the journalists who made me angry. But there were a lot of people who speak to me on DM who think, I believe I’m not the “baby eater”!

So, I’m a useless, but keen player, who opened because he blunted the attack for better players. I value the sport for the camaraderie and friends, and for helping me to see some of the world. I admire the top players for their immense skill, but hate it being referred to as a job. I concentrate when attacked, I write better when I’m angry. You want my agenda, that is it. A mixture, a mismatch of aims and ideals, an outlet for frustrations, a chance to have a say. But absolutely, totally, sure that this is nothing special. That this happened a lot by chance.

There is no point for people who don’t understand that I can write this blog without needing to have any “attention” that goes with it. There is no point in trying to persuade those who singularly will not even countenance a debate, no matter how they try to say that they do. There is a point though when, as I felt very strongly at the time, and still do, that I am “outside cricket”. How dare they say that after all cricket has done for me (and for countless others who played for the love of the game). How fucking dare they. Angus Porter said that the comment implied “elitism”, and he was one of the co-signatories to it. So don’t tell me I’m imagining things. I know they were after one person, but in doing so they besmirched everyone outside their cosy little coterie. This isn’t the stuff of corporate PR, because, as was shown, it was an unmitigated disaster. This isn’t the stuff of competence. I cannot speak, I do not speak, for all of you, but when I faced an 80 mph quick bowler, far above my ability, without a helmet (couldn’t bat in one), that the governing body could, a decade later, say someone like me, like Piers Morgan, a club cricketer, is outside cricket, it cut. It cut very, very badly. It told me they didn’t give a fuck. They really didn’t. And who were they to determine that?

Outside Cricket. There is a point.