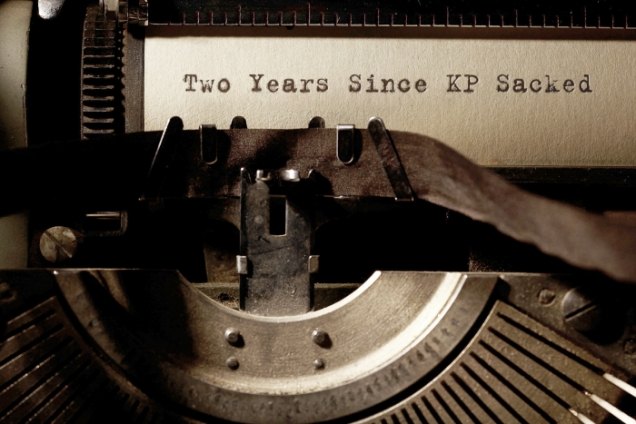 I make no apology for commemorating this date. Even after a wonderful, fluent, thrilling, exciting ODI batting performance, the point remains.

February 4th. It is now two years since Kevin Pietersen was sacked as an England international cricketer.

Note to some of you who are reading this. In case there is a problem understanding this, the book “KP” was released in October 2014. By my maths, 8 months after his sacking. Therefore, it did not cause his dismissal.

I know. A number of you are rolling your eyes right now. “The book showed why he shouldn’t be playing”. Hang about, what did that have to do with the attitude shown by our cricketing authorities towards the cricket supporters when the dismissal took place? Sweet eff all, is the answer. I know, a number of yo are rolling your eyes “we’ve moved on, we’ve an exciting team, we’ve won the Ashes, we’ve won at the World #1 team”.

It’s what the sacking meant, it’s what it means now. It’s what, as one of my twitter friends says, the cause (I’d say more a very effective catalyst, but let’s not split atoms….) of the schism now. It still has a profound effect on the team, the support, the media and for this blogger.

In those two years we’ve watched people contort themselves in many twisted arguments not to go back to Pietersen. We’ve seen the funnies – the lack of form argument always tickled me, as did the “he is on the decline” right through to “no vacancies in the middle order” – and those who think he still texted the South Africans telling them how to get Andrew Strauss out. There’s those of pure blind hatred, who I sort of respect more, because they use the “I hate him” line. They used it before England sacked him. That’s daft, but it’s honest.

My line has been consistent. Pick your team on merit. All along. Not deviated. If KP is one of the best four middle order players, then play him. The only thing that would prevent that is gross insubordination, and even then, I’d want the causes of why that happened to be investigated too. That has never been suggested, as far as I know, by anyone in authority. If they did, they’d be on firm grounds legally and that would be that.

The anniversary is to note. We won’t pick him for the T20 World Cup. We certainly won’t for tests or ODIs. Strauss hates his guts. To climb down on this would be remarkable. That doesn’t mean we shouldn’t recall the day he was sacked. It was the first of a number of “up yours” to the supporters, and the more important one is commemorated in five days time.

Roll your eyes all you want, those who visit here to get riled up. We ain’t going away.

Remind me – did you cheer this?

Thanks to all the commenters for the last two years. The significance of this decision brought most of you here. Five days later we were to have our tag……

Oh. And in case you think I’m obsessed, there’s nothing like the Daily Mail…