Being the following act after such a strong and on the money piece that was written by Chris a couple of days ago is never an easy act to follow (we all grudgingly congratulated him in the pub last night with the rest of us wishing we had written it). It is also doubly hard when he has basically commented on everything I planned to say alongside the fact that this is simply a Test Match preview. So after the Lord Mayor’s show so to speak…

Whatever the heat Messer’s Graves and Harrison felt before the last Test with their half-arsed 100 ball plan and the ridicule that has rightly come with it, that heat has now turned into a furnace after the debacle of England’s performance in the first test. I didn’t actually get to watch most of the game but it would not be too strong to suggest that absolutely no positive came out of that game, bar the fact that none of our players got a catastrophic injury. It was a farce from start to finish, from Root’s decision to bat first, to watching England’s top order collapse in a heap not once but twice, to watching Pakistan’s bowlers who had very limited experience in these conditions completely embarrass England’s so called ‘best new ball attack of all time’. I would say I felt for the majority of the fans who paid the best bet of 100 quid for the privilege of watching such a spineless performance, but then I remember the game was held at Lords and most of the spectators are there for company networking and to be seen as part of the ‘old boys club, and to whom the cricket most definitely comes second, and then I happily remembered that I couldn’t care less!

This Test Match was the perfect riposte to the hollow words that have emerged out of the ECB over the past few years that Test cricket is the hallowed game (Graves, Harrison and Strauss have the unenviable reputation of making Hugh Morris, David Collier and David Morgan look not only competent but as the guardians of English cricket). The lack of investment in grass roots cricket, the wilful demolition of county cricket, the sheer corporate greed, treating the fans as commodities and then the obsession with T20/T100/dumbing down the sport lie squarely on the shoulders of the ECB. If this was a court then the ECB would have been tried and executed on the grounds of homicide. The gaping holes in the batting line, the over-reliance on two quick bowlers who are coming to the end of their career and the lack of a spinner, all of which were highlighted in our pathetic but unsurprising performance in the last Test is quite simply what the ECB (and not the fans) deserve for years of lip service and a criminal under investment in our red ball game. And guess what? This isn’t even close to the nadir yet! When Cook, Anderson and Broad finally retire in the next couple of years, the pipeline of talent behind them is completely desolate, a very real consequence of greed taking precedence over the health of the sport that they are supposedly the guardians of. It’s all very well for Shiny Toy to call for either Anderson or Broad to be dropped for the next game, but who exactly is going to replace them?? If Ed Smith didn’t think he was in for a challenge when he accepted the Chief Selector role then he has had a very rude awakening, this is the most poisonous of chalices. Of course, Smith could ban all players from social media from now on, but contrary to Simon Hughes’ hair brained and quite baffling declaration that it was this medium that has caused all of England’s travails, I’m afraid the problem is a little more terminal than that. Something the ‘rent-a-quote’ duo either don’t get or willfully choose to ignore. 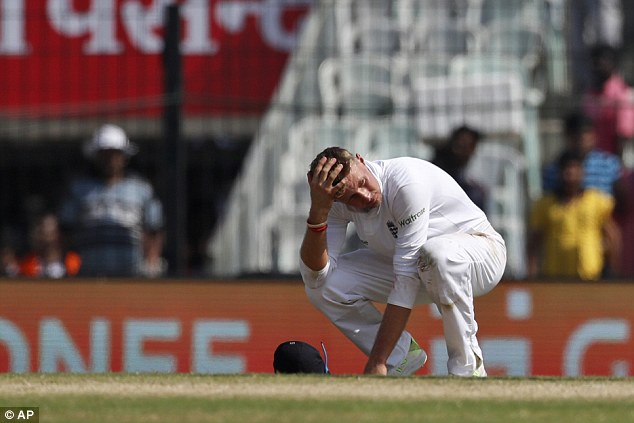 So off we head to Headingley, with little time for England to lick their wounds after the thrashing at Lords and for me, it will be interesting to see what type of appetite the natives have for the match, considering they had the rare the luxury of a late season Test last season. The current omens look good mainly down to the sensible pricing and promotion of the Test by Yorkshire and the fact that we won’t have a repeat of two teams in the North East fighting for spectator hearts and minds in concurrent Tests against teams that aren’t India or Australia. This is by no means to denigrate the appetite for cricket in the North East, who are some of the most passionate fans out there, nor to denigrate the level of opponent as Pakistan showed in the last Test, but concurrent Tests in the same geographic region was just madness (I certainly know one individual, who will be netting the profits from the advertising around the ground that will be happy at the lack of the competition).

As for the game itself, then Pakistan should surely be in the unusual situation of being favourites away from home. Certainly if they can bat and bowl like they did in the first test, then a very weak England batting line up and an egotistical, old and inconsistent bowling department could be in trouble once again. England have done the merciful thing by dropping a completely out of touch Mark Stoneman, who has looked like he has been batting with a matchstick this season, with the fairly uninspiring choice of Keaton Jennings. Whilst Jennings has scored some runs this season for Lancashire with one century, he still only has a batting average of 43 this season compared to 26 last season, which hardly suggests that he is pulling up trees in county cricket. It will be interesting to see if Jennings has made any tweaks to his technique after being ruthlessly exposed by the South African pace trio last season or whether we will see much of the same – mind you the black cab rank is pretty much empty at the moment. It is also likely that we will see Woakes replace Mark Wood as I would imagine that the England ‘brains trust’ see Headingley as a pitch where you need to pitch it up more and combined with the pitiful contributions from the tail all winter and in the last game. Woakes at least should give them a little bit of stability at 8. Without watching any of the last Test, it is hard for me to properly asses Mark Wood’s performance though I have had heard that his pace has consistently dropped in the 2nd and 3rd spells of the game. It is hard to know whether this is a fitness thing or a confidence thing, but it surely can’t be good for Wood to be bouncing in and out of the team on the whim of the selectors. I think England either have to stick with him all summer or let him go back to the county game (when it eventually starts again) to try and rebuild his fitness, but thinking about it, when has the good of the player ever been on the radar of the English coaches.

This is also an important Test for Joe Root as it has been pointed out that if England lose the series, then they slip down to number 7 in the Test rankings. Root has looked like he is carrying the world on his shoulders over the past 6 months, rather than the happy, cheeky chap he was before he was lumbered with the captaincy. Without doubt, this has not only affected his batting but all the current firefighting has quite possibly carried over to the rest of the team, who have looked anything but a team over the last few months. If England were to lose this game, I like many, am of the opinion that we need to find another captain within the squad. Root scoring runs is by far the most important thing we can ask of him and if the captaincy is wearing him down, then we need to find an interim captain for the next 18 months. Trevor Bayliss will also probably be sweating on the outcome of this Test, as whilst he has done a great job with the ODI side, the Test side smacks of staleness with the Test team knowing that Bayliss will be gone after 2019; after all we have seen in other sports what happens when a manager is pretty much dead man walking, the players stop giving that an extra 10% and often rely on their judgements rather than the instructions of the coaching staff. Still after the few months that the ECB’s have just had, is there anyone out there who doesn’t think they will bungle it? I look forward to Nick Knight being given the Test coaching job in the near future!

For those that have the inclination, please do share your thoughts below:

86 thoughts on “England vs. Pakistan, 2nd Test – The Ostrich Preview”