So for the many of us, who have had to put up with the never ending IPL and other white ball nonsense for the past couple of months, the blessed relief that is the start of the English Test summer has finally rolled around. Not that we are the only ones who are happy for actual cricket to get centre stage, Colin Calamitous and the Empty suit must be emitting a huge sigh of relief that, after weeks of competing between themselves in ‘who can stick their foot furthest in their mouth than the other’, that the heat might be removed off them, albeit it’s more than likely a temporary rest bite only.

So we are all set to head to Lords, for the first major networking event Test Match of the year between England & Pakistan. This is also the first time that our old Friend Ed Smith has had key input into the make up of the team as our newly appointed Chief Plagiarist, Academic, Selector, though many will just be glad that he is now off TMS for the foreseeable future. The challenge that awaits Ed and the rest of the other selectors is well publicized. This England team is not just limited but has pretty much been in free-fall all winter, bar the glorious game saving 200 from our old saviour on that spicy track in Melbourne! There still continue to be massive holes in the batting, the bowling has been pretty military medium in non-friendly conditions and Ben Stokes seemed to have left his striking form on some chap’s chin rather than on the cricket field. It has also become plainly apparent that whatever you happen to achieve on the cricket field during the county season (someone give Trevor a map and some directions) pales into complete insignificance compared to analytics and the various hunches of the selectors. I can’t decide whether Dom Bess’ elevation to the Test Squad is through a great scouting network or if the selectors didn’t manage to get past the Somerset team-sheet before deciding enough was enough for the day. 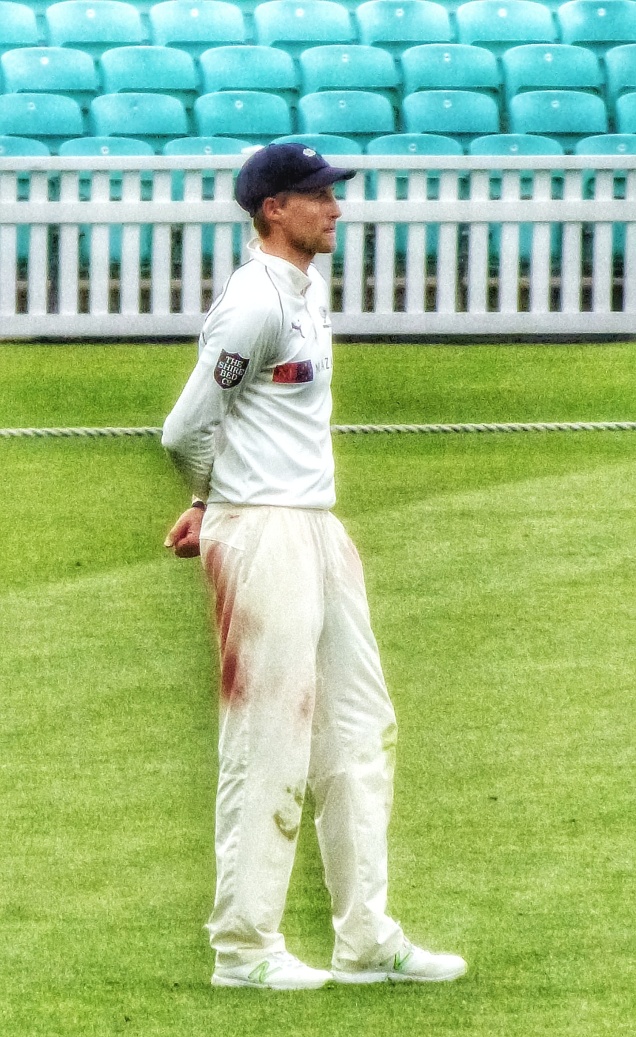 So as for ‘not so clever’ Ed’s first squad, it unsurprisingly is pretty much more of the same with less Vince and more added Jos Butler. They have taken the bold (ok it’s not that bold) to decision to tinker with the batting order with Root at 3, Malan at 4 and Bairstow at 5, which on the face of it looks a better balance than the batting order we had over the winter, but still doesn’t account for the fact that we haven’t had a bona fide no. 3 since Trott (I prefer Root at 4) and that half the time, the middle order have been exposed to the new ball at 20-2. The big talking point which I alluded to earlier is the inclusion of Jos Buttler ahead of the likes of Joe Clarke, Nick Gubbins etc who have been scoring runs in the county championship. For the record I am a big Jos Buttler fan, as he has the special ability to tear apart an attack which he has shown on a number of times for both England and on his various T20 jaunts; however my biggest issue is that his talent for red ball cricket is not on the same level as it is for white ball cricket, both on the domestic stage and with his record internationally. It is very different facing a quick, swinging delivery in a Test Match than it is bashing some young medium paced Indian bowler into the stands on a road of pitch. I genuinely would like to see Buttler succeed and there is no doubt that some of the experts and selectors alike see him as potentially our version of Adam Gilchrist; however he needs repay the faith in the analytics boys  selectors, as at 28, with a decidedly average red ball record, there surely can’t be too many more opportunities given to him. Mind you one could also argue that with the dropping of Vince, there needed to be another representative from the Shiny Toy roster, but naturally I wouldn’t be as so churlish to raise this.

As for the bowling, you would expect it be expect it to be St. Jimmy of Burnley and the new and improved ‘Broady’ to open the bowling, with one of Mark Woods or Chris Woakes earning the final seam-bowling slot. It would not surprise me at all if they went with Woakes, who despite looking innocuous all winter, has a decent bowling record in England and it also means that we don’t have to endure the horror of seeing Stuart Broad batting at 8. I would much prefer the England team to pick Woods, but I can’t see Bayliss and Chuckles being happy with a tail that long. You would also expect Bess to be given his debut, unless Stokes is still not properly fit to bowl, as five quick’s at Lords seems rather OTT let alone leaving us without any variety. As for Bess himself, he has rather snuck in under the radar with both Leach and Mason Crane injured and Moeen completely out of touch. I haven’t managed to see Bess play at all, so I’d be very interested for views from the wider group, but no doubt playing at Cidrebad has helped his cause rather than hindered it. If he is given the nod, then I just hope that the England think tank actually help him and support him against a team famed for its’ ability to play spin, unlike certain other spinners under a previous captain, who quickly became persona non-grata. Anyway I wish him the best of luck.

As for Pakistan, it will be interesting which side actually turns up, as the word mercurial has been replaced by a photo the Pakistan team in the Oxford Dictionary. For those that watched the Ireland vs. Pakistan Test Match, when Sky did eventually decide to show it and even then behind the red button (Murdoch understands the edict from the ICC), the performance encapsulated everything that that we associate with the Pakistan team in nearly grabbing defeat from the jaws of victory (which is taking nothing away from a superb performance from Ireland). The batting has talent no doubt, Azhar Ali is a stout and intelligent batsman, Asad Shafiq has a wonderful technique and is beautiful to watch and they have a solid late middle order in Sarfraz, Shadab and Ashraf that can dig them out of a hole, should the top order make a mess of things. That being said, they also have the ability to collapse in a heap at any time, much like their hosts. As for their bowling, I would perhaps suggest that they aren’t as potent as years gone by and will no doubt rely on Amir to make early inroads into England’s top order if they are going to be successful. Amir might not be the bowler he once destined to be before the cheating scandal, but he is still a very good Test Match bowler and will be a major threat provided his knee holds up. As for Abbas and Ali, both could be effective in English conditions, but I have doubts about their ability to cause the same challenges as Amir, especially when the ball gets a little older. Of course they do possess an unknown quantity of a leg spinner in Shadab, and whilst I can’t see there being too much spin on offer in the early part of the Test Match season, the warm weather and England’s less than stellar record against leg spinners in the past, must ensure that England are on their guard against him. This could easily be one of the most fascinating battles of the upcoming Test Series.

So whilst we put aside thoughts of 10 ball overs, no LBW’s and soft balls for the ladies  (nice of the ECB to try and alienate another tranche of supporters) for a while, feel free to add your thoughts below. If you do happen to be going to Lords, feel free to have a £12 burger and an £8 Pimms for me (not on me obviously)….

UPDATE: since this was written Andrew Strauss has temporarily stepped down as Director, England Cricket. Whilst many of us have been critical of his tenure, I’m sure everybody can join me in wishing his wife and rest of the Strauss family the best of luck with her fight against cancer.

Andy Flower has temporarily assumed Strauss’ position, which is another matter entirely..