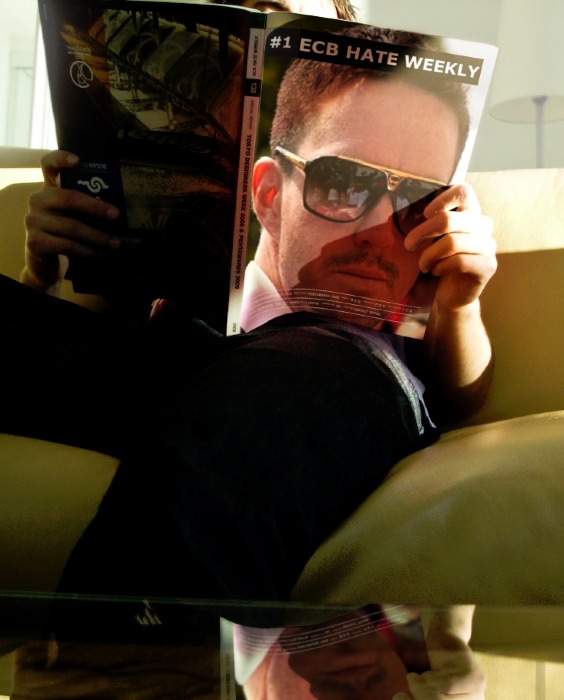 In South Africa there came some rumblings. A noise English cricket has learned to rile itself over. A cacophany sure to light up the social media hordes. A din “no-one” wants.

Yep. You know who has made back-to-back centuries in the T20 competition in South Africa, the Ram Slam. Accompanying this are the usual cries for his return to the England set up, for the ECB/Strauss/Cook to swallow their pride and bring him back. Accompanying those cries we see those implacably opposed denigrating the achievement (domestic bowling, big difference between this and test cricket, rubbish in UAE last time around) as if this is a selection issue based on ability.

I’m writing about it, so I can’t exactly say I’m sick of it can I? I can’t exactly moan at others talking about it when I was accused in Wisden last year or having the effect of constantly beating others about the head with my constant repetition. But it’s the same old, same old. The same personalities, the same arguments, the same rambling debate. KP should be playing test cricket for England, if we select on merit. I think you might have something wrong with your analytical skills if that wasn’t your point of view. It’s not that he’s made runs in a hit and giggle competition, it’s that he has the temperament and the skill to play test cricket. There might be quibbles over fitness, which only KP himself can answer, but on ability with the bat. Stop being idiots.

There is a school of thought that he should play for England in the World T20. Well of course he should. Now that the ECB’s Lancaster fox has been well and truly short, and culture isn’t all, the reasons not to pick him now seem daft. Players who may put up a block, like Cook, Anderson and Broad, won’t be playing. Morgan wants him, or so he indicated. But he won’t.

So, instead of watching him in the World T20, we’ll have to rely on him having a pop at county cricket:

Trolling the ECB and the haters:

Who's coming to Kingsmead today for my final game in Durban until the Boxing Day Test? #RamSlam

Having a pop at Dominic Cork:

Morning from the stunning, @oysterbox…best brekkie in the world & then golf followed by a game this eve! 😎🏌🏏🇿🇦 pic.twitter.com/D1ONkd5YXB

My new way of getting my game face on for this evenings TV game…😎 pic.twitter.com/FVST7nrrd1

And people who berate me for being obsessed, having a massive conflab about him on Twitter! 🙂