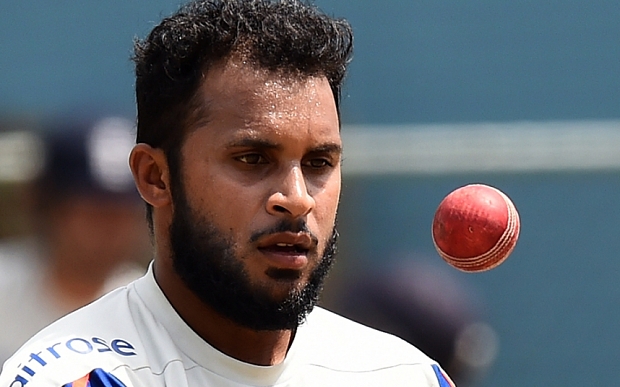 I’m going to be brief. It is tough to comment on a day’s play when I have been pretty much out of the loop. I sneaked a look during my 11:30 meeting and saw that Wood and Rashid were putting up a hell of a fight….. then a few minutes later, the vibration from the phone signalled a wicket. Another duly followed a bit after. England had lost. They’d lasted almost to my lunch break. Adil Rashid had been the reason.

Rashid has had a whispering campaign against him, most notably by one particular member of the media entourage. He has shown some guts, first in the Abu Dhabi test by getting over a horror show in the first innings, by almost bowling us to victory in the second; and then here by playing a really poor shot in the first innings and making a rearguard half-century in the second. But because he played a loose shot in getting out (being caught at cover), one muppet even called him a “villain”. Oh Degsy, do we miss you?

Because Rashid tried to score runs and play his own way, something deemed crucial in any rearguard according to the “experts”, he has received some admonition for his error.

Look at the shot (and his reaction) that Prior took to get to his hundred in that clip (about 6 or so minutes in). Prior rode his luck, but also went down in our history as the man who saved a series. That wasn’t a truly defensive knock, but one where he balanced attack and defence.

Well played lads. I am saying that now. I was mightily disappointed that Rashid, Broad, Wood and Anderson didn’t save us. I don’t feel any shame or problem in saying that. They played their hearts out, and they did so on an alien surface against fascinating opposition. This is test cricket, and I’m loving this series more than the Ashes or any home series against India. It has been enthralling, and I include the Abu Dhabi match in that, which saw us respond to scoreboard pressure.

On to Sharjah. We’ll discuss who should, or shouldn’t play, in due course.

43 thoughts on “The Tenacity Of Hope”